Want to support me?

The Sound Test scene has 4 main categories which are BGM | BGS | ME | SE.
You must create a sub-category for each of these main categories.
In those subcategories, you can add as many audio files as you want.
All default system sounds, like a cursor, cancel, etc are disabled on this scene.
The game, by default, will automatically unlock audio when the player hears them.

Since you can call the sound test from the title screen, the data is saved globally, which means, regardless of the saved file.

Your main concern will be that you need to add in the plugin parameters all your audio files before deploying your game.

Because since the data is saved globally, you cannot add new data into the plugin parameter or change the existing ones, because it will mess with the global saved data.

Unless you go into the save folder and delete the file "config.rpgsave".

Because of that, the plugin has a debug parameter that when ON, will only simulate that it is saving the data. But every time you start a game, it will reset this data. The Debug parameter also only works for playtesting.

In order to download this RPG Maker Plugin you must purchase it at or above the minimum price of $15 USD. You will get access to the following files:

I believe there's a bug in the plugin that prevents the sound test scene from being called up. I've tried everything I can think of to get it to work but no luck (my plugins are updated, turning off all my plugins while only having this and your book plugin set to ON still doesn't work to call the sound test scene). I had it working before in the last update but I think with this new update it introduced some if not a bug in which the sound test scene won't open.

Could you take a look at this possible issue when you have a moment? I also messaged you on the Rpgmaker web forums too.

Have a great day

Can you send to me a screenshot of your plugin manager?

Also, a screenshot of your event that you used the plugin command will also help! 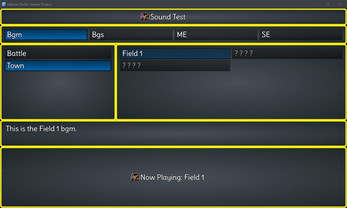 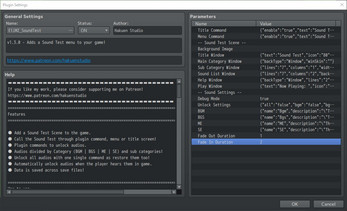 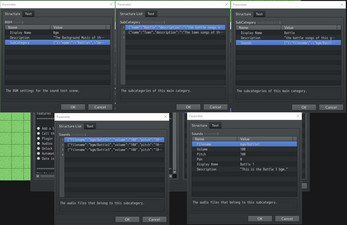 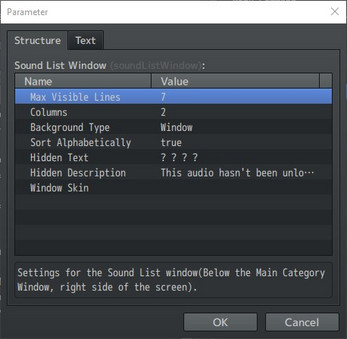